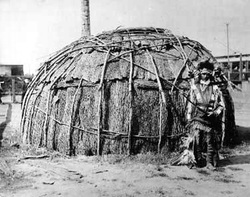 The Algonquian lived in two different types of homes depending on which season it was. In the spring/summer they lived in wigwams, a dome-shaped hut or tent made by fastening mats, skins, or bark over a framework of poles. In the winter they lived in longhouses, a type of housing made out of bark and wood where a family and animals all lived under one roof. Wigwams are not portable so when they left for the winter they just left their house there. Wigwams would only hold a single family, but when they got to the longhouses they would have their whole family, all their relatives, because the longhouses could hold up to 60 people and it was warmer. 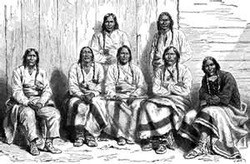 The Algonquians used the furs from animals they trapped to make their clothing. What they wore depended on the time of year.  In the summer the men would wear a deerskin loincloth and the women a deer skin apron. They made moccasins out of animal skins and they used beads, quills, and shells to decorate them. When the weather became colder they added more and more animals skins to keep themselves warm. 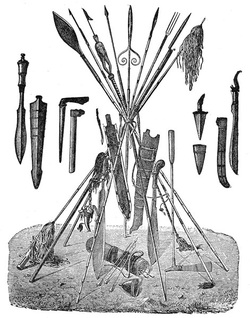 Algonquin hunters and warriors used bows and arrows, spears, and knives. Hunters also built traps to catch deer and other game animals. Algonquin fishermen used pronged spears to stab fish from their canoes or through holes in the ice. 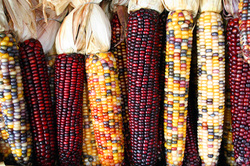 The Algonquians were hunters and gathers they hunted and trapped; fish, eel, beaver, otter, turkey, duck, bear, moose, deer, elk, and caribou, and gathered; nuts, berries, scallops, oysters,  quahogs, and soft clams. They planted maize, squash, beans, and pumpkins and used tools of their own making, out of shells and branches, to harvest and tend to their crops. 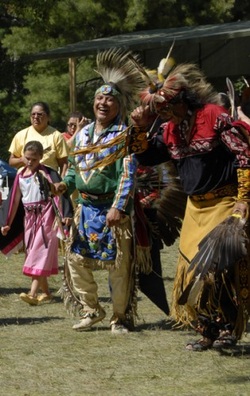 All Algonquian would sing and dance and tell stories that were passed down through oral tellings. 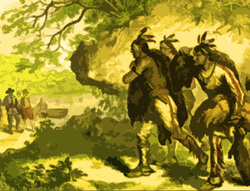 The Algonquian were excelent hunters and trappers because that was their main source of food, which caught the French's attention. Soon the Algonquian were trading furs for guns, clothing, tools, and food. Once they had guns they started acquiring land by force from other tribes. But once the fur trade started diminishing and the settlers started moving closer and closer to their land, wars started breaking out between the two. Also the small pox the settlers brought with them wiped out the Algonquians because they had no cure for it.